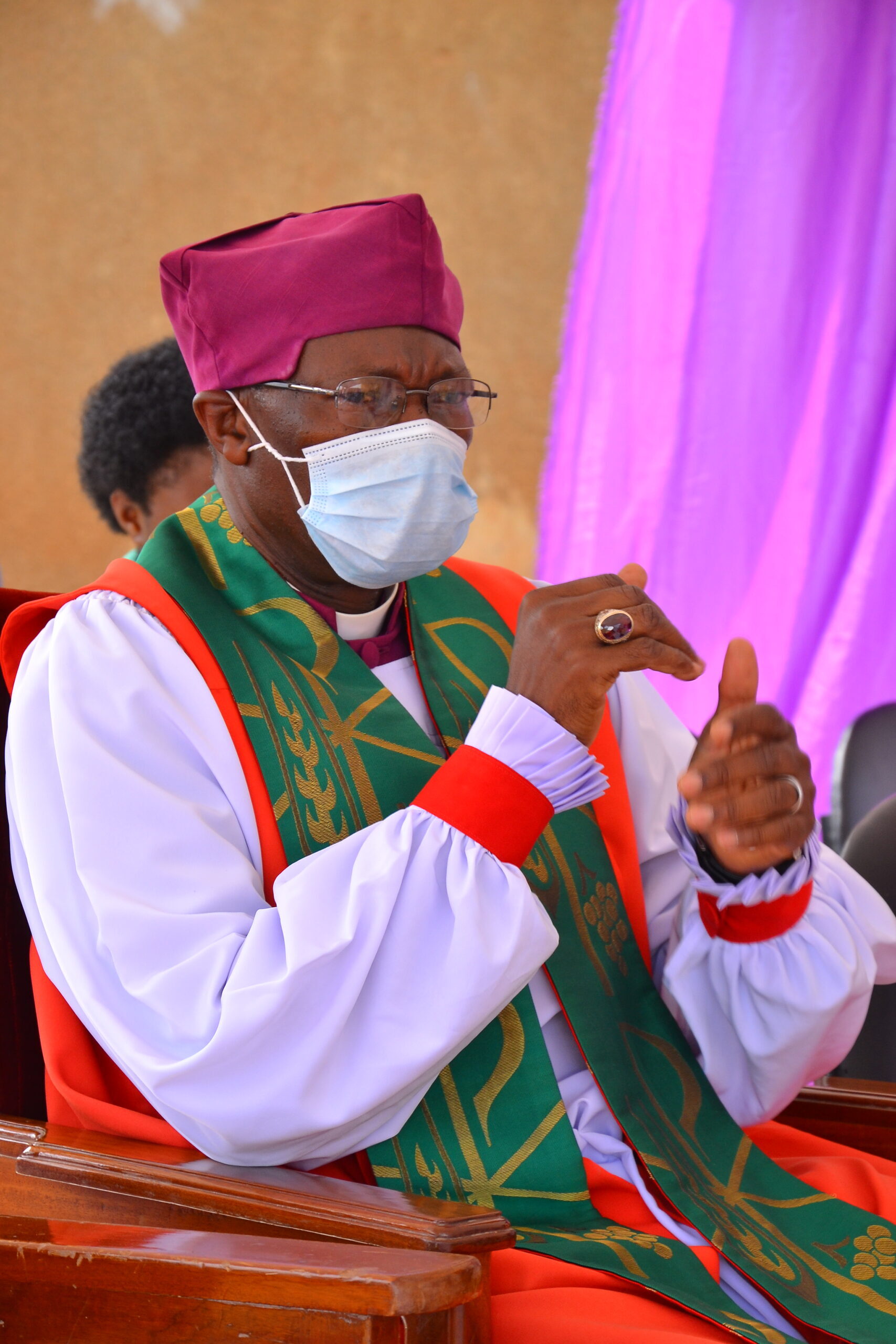 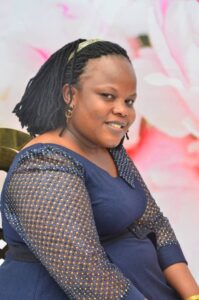 My name is Namujjuzi Sylivia a born of Katikamu-Wobulenzi but grew up from Wampeewo where I went to school in 1992 after staying in Kyebando with my parents.

At Wampeewo I was staying with my Paternal Aunt. Then, I was in my P.7 vacation when she lost her husband. I then joined Wampeewo Ntakke for my S.1 in 1993 after completing my Primary education at St Joseph’s Girl’s Primary School Nsambya. Having come from a school headed by catholic nuns, who demanded that everything should be done the right way, I thought the students at Ntakke weren’t very serious despite the school having a very good staff plus a rich library.

I was that kind of girl who was self-driven so, would go to the library and Mr Mukasa a devoted librarian would lend me books to read.  I would in addition read my cousins’ notes therefore managed to get through. I was there for O’ and A’ level. In Senior three( S.3)  to my surprise, I was elected the Assistant Head Girl though I hadn’t applied for leadership. While in office, I suggested that by 8:00a.m the school gate would be closed and the late comers would return home. This caused commotion but the administrators thought that it was good.  I started wearing white socks instead of the grey girls used to wear and my friends copied me. Teachers appreciated and am happy today girls wear white socks.   Would punish any culprit by making them sweep the compound and because students would litter the compound a lot, I suggested that dust bins be brought which the students failed to use, we again had to enforce that with punishment and gradually they learnt.

The boys used not to like to wear the school shorts which were shorter than the length they wanted, when we reported it to the Headteacher,  he solved the problem and thus , he created sanity in the school. I would confiscate the non-school sweaters but return them at the end of the term.

I saw  two regimes at Wampeewo. When I joined the school the Head Teacher was Mr. Kalyesubula Wilberforce and then Mr.  Kayizzi Kits who became very instrumental on changes that improved the school. He had a listening ear to the prefects and it helped us to improve the students’ behavior.

Am happy that the changes I was fighting for at the time when I was a prefect have been effected like, my lawns are now enhanced, the students had wanted sleeveless sweaters, am happy that they are also in place. It’s far much better now,as students are allowed to sleep in the school. I think it greatly improved discipline because during my time, they would rent rooms near the school and lacked guidance.

I feel am what am because of the teachers. I would like to appreciate the support staff especially Mr.Mukasa Lamech, Mrs. Muteesasira,  Ms .Aida Nantume, Ms.Nakalyowa commonly known as, “Mukyala Maama.” Teachers especially Mr,Ongom, the late Bankiiya, Ms .Kiggundu. E , Mrs. Magaya, Mr. Kyambadde, Ms. Nakanwagi Gloria, Mr. Magombe Hassan , Mr.Kalyango,  Mr.Musisi C.  I have mentioned some of these but I know you are there the former Headteacher Mr. Kayizzi Kits, Mr. Muyanja the then Deputy and the late Paul the gate man.

There were Clubs like; Zambogo where I was the Vice- Chairperson. This Club intended to restore discipline and morals. Other Clubs like; the Scripture Union, Writers’ Club which equally added value to the students .  Zambogo used to visit the University and used to sit meetings in Mary Stuart  Hall where we really admired the students and they were our role-models. We would use Luganda for our delibarations while outside we would use English willingly. The World Vision Club was intended to  foster skills in students, to help the needy, plus becoming better people. We at one time ventured into a rabbit-rearing project with pregnant rabbits with the help of the Head teacher, we looked after them and when they produced, we sold the litter and picked on a needy student for whom we paid school fees for.  Though now I don’t know where that student is.

I advise the Zambogo  members of Wampeewo Ntakke, that they should realize that it is the school that is helping thm to achieve the values of Zambogo.  They should balance their studies with Zambogo activities in order to leave the a the former Attorney General of Buganda Apollo Makubuya among others. The Kabaka deals with successful people, Zambogo is a by the way which wouldn’t have  existed minus the schools. Their first priorities are the academics. 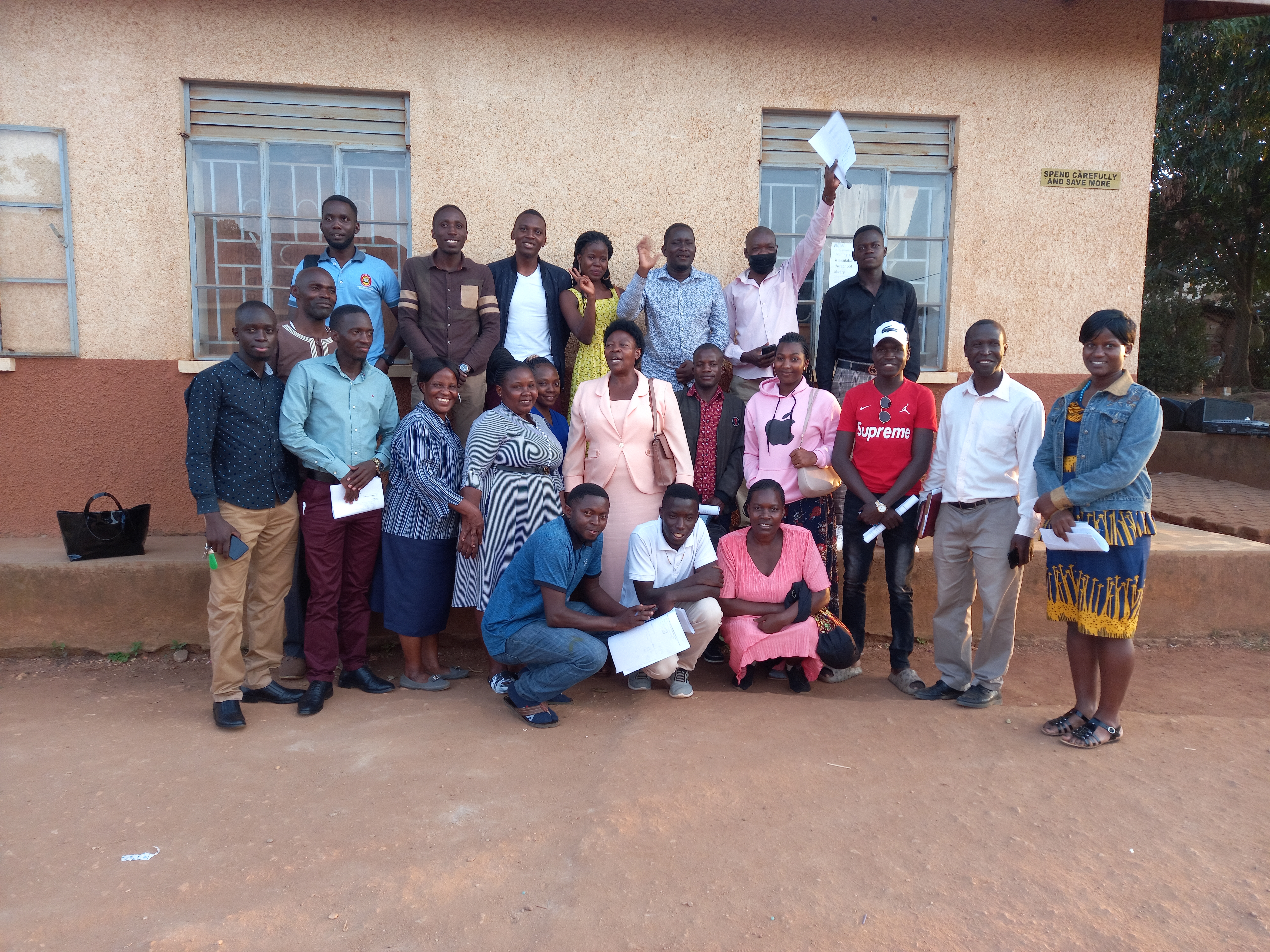 The old students after there meeting at school on 17th July,2022.